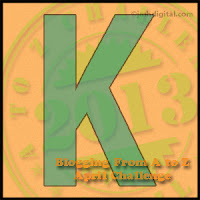 Kristoffer is my amazing, lovely husband. We had somewhat of an unconventional courtship, mostly because he was across an ocean for most of it, but our relationship has a pretty cool beginning.

Kristoffer and I met in May, 2001. He and his parents leaving New Mexico after he had spent 2 years at United World College. My parents and I were checking out Arizona State as a possible alternative to the private university I had been enrolled in. We both ended up at the Grand Canyon on the same day.

The first time he saw me was on the bus. He said he kept staring at me, trying to get my attention, but I ignored him. It sounds like me, acting all aloof and cool, so I'll buy it.

His group got off at one stop, my group at another. Fate was not done with us, though. A few hours before sunset, my family and I walked to Hopi Point. Sitting out on a slight jut was this really cute boy. Mom was interested in getting me interested in going to ASU, so she was pointing out all the cute boys for me. For this one, she even sent me out there with the explanation that she wanted a picture of that spot, and she wanted someone she knew in it.

Kris and I talked for hours. My parents moved on to see more of the canyon. His parents stayed close by. I can't even remember everything we talked about, but it was everything. There we sat, overlooking the Colorado river as the sun went down. More people crowded around us as the sky changed and darkened, but we didn't know.

But then it was dark, and we really had to go. We exchanged emails and said our goodbyes. On the way back to our hotel in Phoenix, I stretched out on the back seat, looking at the stars and remembered and dreamed.

Life, of course, got in the way. We continued to email while I went to Arizona State and he had been accepted into a University in Scotland. He got a girlfriend, and after another two years, I found a boy. Yet, neither relationship worked out. After eight years, Kristoffer finally came to visit me in the States in 2008. A year later, we had a son and got married. Nearly a year after that, Kristoffer's residency green card came through and he was finally able to come over to the States in 2010. 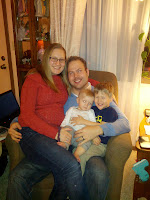 This is a story I could probably write a book about. I may one day, but for now, this is as brief as I can make it. :-)
Posted by Carrie Sorensen at 9:24 AM

Email ThisBlogThis!Share to TwitterShare to FacebookShare to Pinterest
Labels: a to z, blog challenge, real life