I admit, not my most energetic or inspired piece, but I'm thinking baby steps, here. I'm hoping to find more submissions next to mine in the Linky to see what it is I could have written. Lol. Let's see what you come up with! 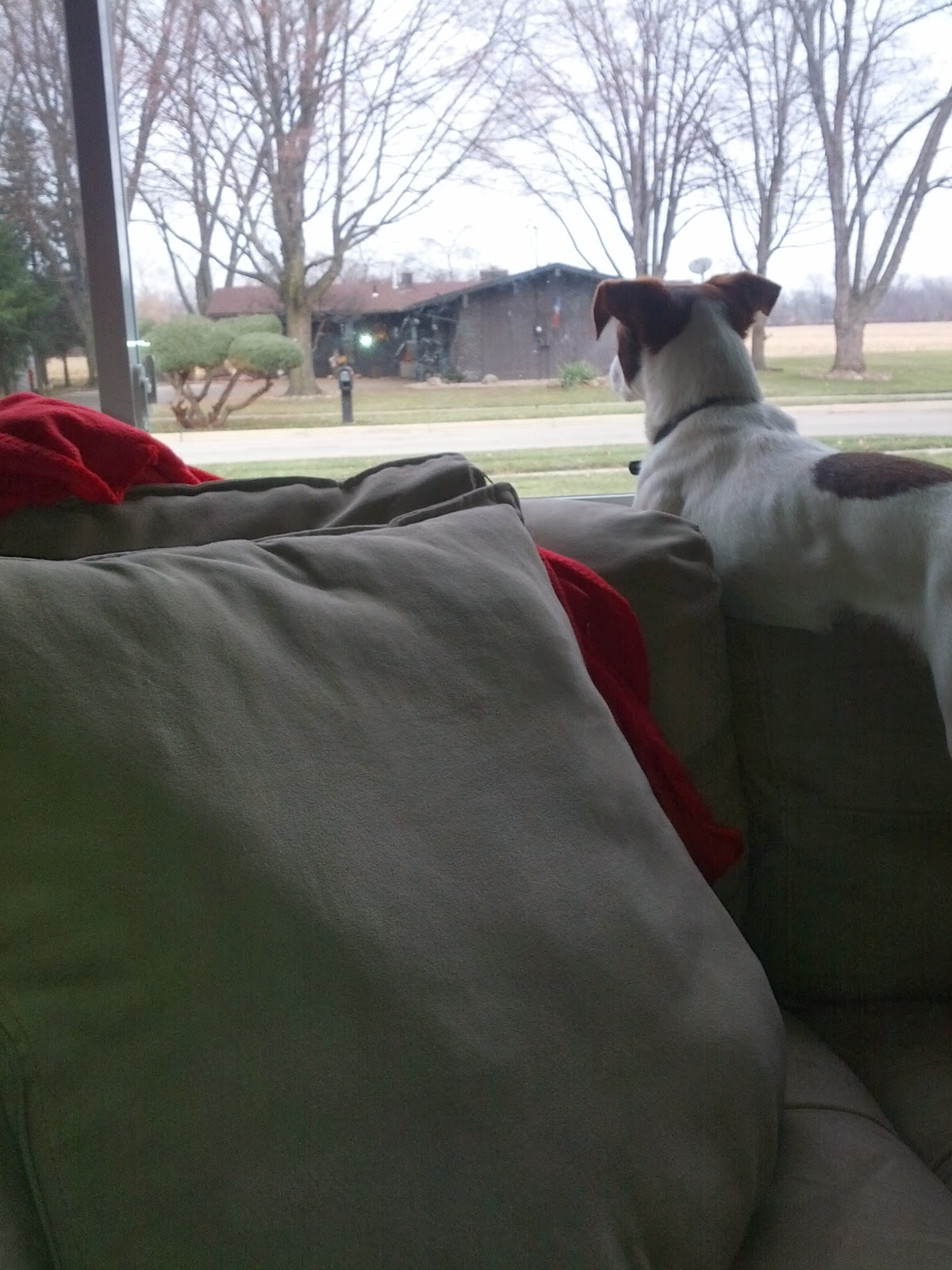 Monkeybread always knew when he was supposed to be home. Mark had picked him out from the pound when he'd been five years old. Monkey had been three or four, and he was the only dog that had come up to the edge of his kennel and lick Mark through the wire. Mark had been in love and Monkey quickly earned a place in our home, particularly on the back of the couch.

A half hour before the school bus arrived, Monkeybread would start pacing. Every once in a while he would let out a high pitched wine before looking at me sideways with melting brown eyes to make sure he wasn't in trouble, then go back to pacing.

Ten minutes before Mark would walk up the street, that little dog was in the window, the big brown spot that had inspired Mark to name him Monkeybread facing the living room. He would put his wet nose flat on the glass. It was the one time he was allowed. How could I yell at him for wanting Mark home as much as I did?

Then there Mark would come, walking up the street. Monkey would stand up and dance on the back of the couch, unable to control the little yips of excitement. Mark waved from the sidewalk, then ran to the house, his thick backpack bouncing against his young back.

"Hey, Mom!" he called, dropped his bag on the chair, grabbed the leash from the closet and off those two boys went, running around the yard, then down the street, laughing and playing with the carefree spirit that came with being young. Or a dog.

I watched them from the window while I folded laundry, smiling with joy in response to theirs. Freedom like that was so short lived.

I looked at the clothes in my hand. Freedom was about choices, wasn't it? A balance between responsibilities and desires.

The door closed behind me. The clothes could stay stuck inside, I didn't have to. I whistled to Monkey who stopped and perked his ears up when he saw me. He jumped up, all four paws straight down like he always did. He looked at Mark who smiled back, then they both came sprinting up the walk to where I waited to play.
Posted by Carrie Sorensen at 7:00 AM