This post links back to Wednesday's Snapshot Prompt, a flash fiction challenge that limits the writer to 500 words while requiring the use of 5 words and an inspirational photo. You can check back at the original post for this week's stories, or we will feature them in next week's prompt post. Until then, here's my submission. 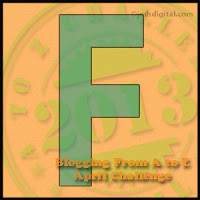 "You should have gotten the sniper rifle." Kevin closed the pickup's passenger door, shading his eyes as he stared at the roof.

Brock was standing in front of the truck, judging the distance across the parking lot from his cab to the top of the closed down casino. Sunlight reflected off the windows and the lines of clear light bulbs that once illuminated the replica building. What it was a copy of, he didn't care. Those light bulbs, though, those could be fun.


"Nah. You're the one who can only hit toilet paper rolls with a cork gun. My pump action will be fine."

Brock walked to the back of his truck and reached in for the black duffle bag holding his bb rifle and bb's. Kevin watched him with a half-crooked smile as he opened the tailgate and hopped up to the truck.

"Are you gonna seesaw on the roof?"

Brock ignored his friend. Kevin didn't think he would be able to hit a thing. They were parked 100 yards from the building and the roof was two stories up. Hitting any of those bulbs should be a piece of cake, and Brock was going to prove it.

Brock loaded the gun and leaned over the cab of the truck, bracing his elbows on the roof before looking down the sight. The angle wasn't quite what he was expecting, thinking the height of the truck would ease it a  bit. The roof was one of those domed, angular things, but there were so many bulbs, he was bound to get one or two.

Twenty shots later, Brock stood up to stretch his back. His bb's were somewhere, but not among broken glass.

Kevin chuckled. When Brock looked over, he saw his friend pretending to play the violin.

"You couldn't be a composer if your life depended on it," Brock muttered, glaring back at the roof.

"Don't have to be. Just have to learn to be a violinist. It'll be easier than trying to shoot those lights. The casino's been closed three years and no broken bulbs. You aren't the first idiot who thought he could do it, either."

Brock knew it. He just thought he'd be the first.

Throwing his gun back in the bag, he zipped it up, then hopped down.

"Oh, yeah," Kevin shouted, jumping in the truck faster than Brock could get around to his door.