There really is no easy way to put this, so I'll use the main thing that has gotten me through these last few weeks - the Band-aid Method.

On October 6, Analin was stillborn. She was born at 2:25 in the morning weighing 6lbs 8oz, 20 inches long and she never opened her eyes or took a breath.

We had gone into the hospital on the 5th because I hadn't felt her moving. We had thought it was birth preparation and our visit was just a precaution. However, the nurse couldn't find a heartbeat, and the ultrasound confirmed there was none.

As of now, we don't have a reason for her loss. On initial exam, there was nothing obvious. We're not sure if the cord and placenta were sent to pathology because I had a different OB deliver me, and my OB hadn't had a chance to ask before my post-partum appointment with her. It doesn't matter much right now, except that my blood clotting proteins may have played a role, and that's important for any future pregnancy we might have. 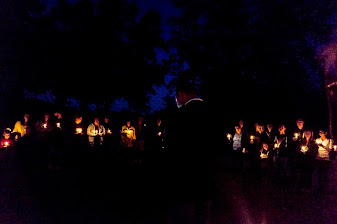 On Monday the 15th, we had a beautiful ceremony for Analin in our front yard. Everyone who was able to attend had a small candle, each tied carefully with a power-word; strength, courage, memory, love, etc. Kristoffer gave a beautiful speech and chose an amazing play list. Then we lit up some sky lanterns. Joshua (4), who had been having a rough time, and I poured all of our sadness into the lanterns. We watched them rise straight up into the cold, windless dusk, and be carried away on higher winds. 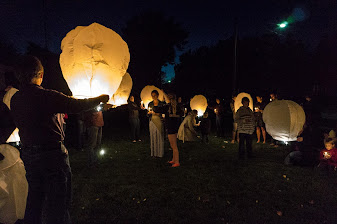 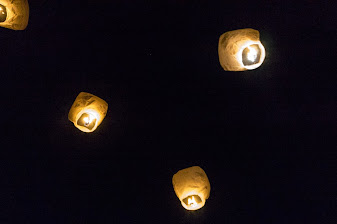 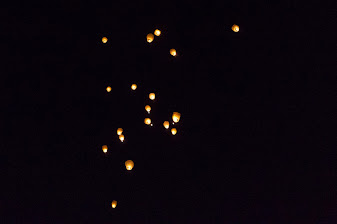 We're still struggling a little over here, but have taken on the decision to move past this. The firsts - the first things to do without her - are the most difficult, hence the band-aid method. And then there's the belief that we cannot allow this grief to take over our lives, to poison our hearts against the other babies being born now (have I mentioned before that everyone we knew who was pregnant was also due in October?), to stop us from enjoying the two children still with us, or to come between us as husband and wife. So we move on, and we manage, but we don't forget. <3 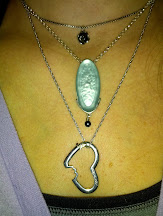 Posted by Carrie Sorensen at 10:32 AM