We took Joshua to Cedar Point this weekend with a couple of our friends. It's his second trip, the first when he was three. He had a lot more fun this time, despite being freshly recovered from a sick bug. Look at how much he's grown! 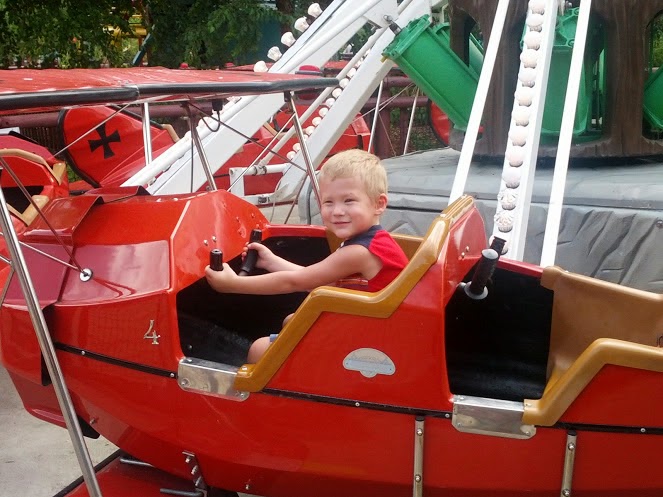 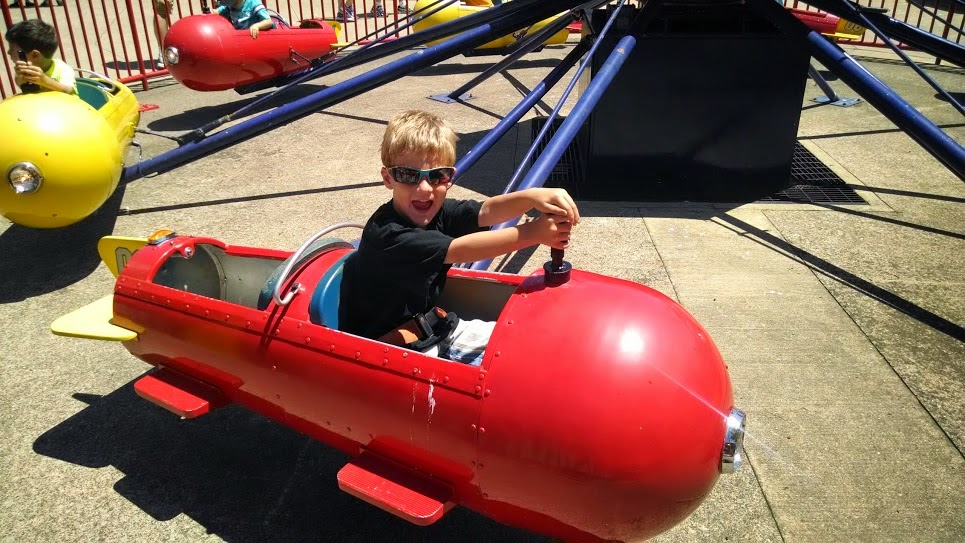 They had their automated dinosaur event still going. It was exciting because, at three, Joshua was terrified and he refused to take a photo like this one: 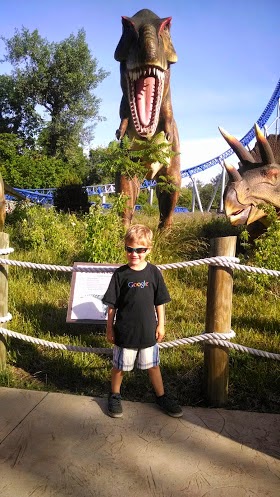 It was his first Ferris wheel ride as well. Last time we went, we'd gotten to the very front of the line when it started to thunder and the wheel was shut down. He was so nervous on the wheel while it was being loaded, but he had a lot of fun when it started going. At the end, he didn't want to get off, though that may have been more of not wanting to go home, since it was the last thing we did. 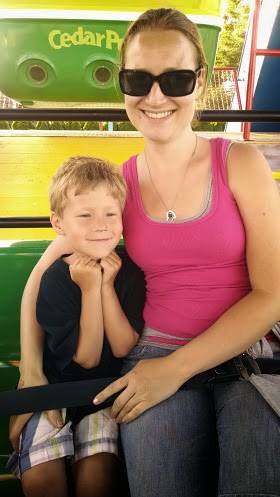 He's asking when we can go back again. It's a bit expensive, to be honest, for a five year old and a Mama who doesn't ride the big rides (Daddy did the first trip, but hung out with us for this one). We've been lucky to go on discounted tickets so far, and hope to keep that up. Next time, though, Sebastian will be old enough to go along. I think I'll need more help, particularly if Kris wants to ride some rides again. Lol.

Posted by Carrie Sorensen at 4:10 PM